The Rise and Fall of American Growth: The U.S. Standard of Living Since the Civil War

In the century after the Civil War, an economic revolution improved the American standard of living in ways previously unimaginable. The invention of electric lighting, indoor plumbing, motor vehicles, air travel and television transformed households and workplaces. But has that era of unprecedented growth come to an end? In “The Rise and Fall of American Growth: The U.S. Standard of Living Since the Civil War,” economist Robert J. Gordon challenges the view that economic growth will continue unabated, and demonstrates that the life-altering scale of innovation between 1870 and 1970 cannot be repeated.

At this event, Gordon discussed his book, which contends that the slowing of the nation's productivity growth will be exacerbated by the headwinds of an aging population, rising federal debts, slower growth in educational gains and rising inequality, and that the U.S. must find new solutions.

This event was sponsored by the Baker Institute Center for Public Finance. Follow @BakerInstitute on Twitter and join the conversation online with #BakerEconomy. 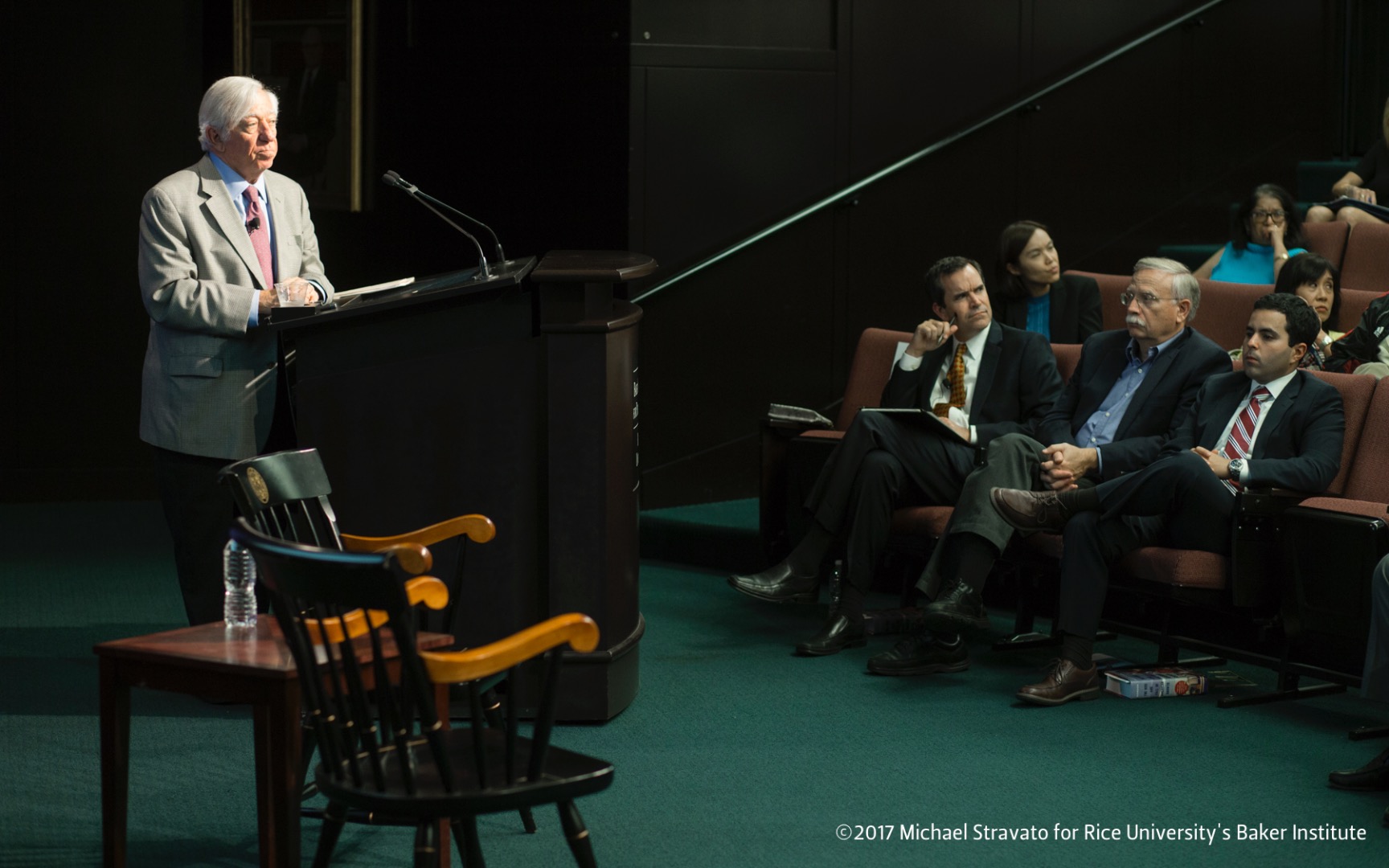 Robert J. Gordon, Ph.D., is the Stanley G. Harris Professor in the Social Sciences and Professor of Economics at Northwestern University. He is one of the world’s leading experts on inflation, unemployment and long-term economic growth. His recent work on the rise and fall of American economic growth and the widening of income distribution in the U.S. have been widely cited, and in 2016 he was named one of Bloomberg’s top 50 most influential people in the world. Gordon is the author of “The Rise and Fall of American Growth: the U.S. Standard of Living Since the Civil War” (Princeton University Press, 2016), “Macroeconomics, 12th edition” (Pearson Education Limited, 2014) and “The Measurement of Durable Goods Prices” (University of Chicago Press, 1990), as well as the editor of “The American Business Cycle: Continuity and Change” (University of Chicago Press, 1986) and co-editor of “The Economics of New Goods” (University of Chicago Press, 1997). Gordon is a distinguished fellow at the American Economic Association and a fellow at both the Econometric Society and the American Academy of Arts and Sciences. He received his Ph.D. from the Massachusetts Institute of Technology.

Paying Your Taxes in Bitcoin? Maybe Not So Fast