About the Baker Institute

“Our founding principle of nonpartisan, data-driven policy analysis has served us well over the years, and will continue to guide and differentiate the institute. We believe the future is bright.”

The Baker Institute emphasizes fact-based, independent research that is practical and timely. From its vantage point in Houston, the institute has critical distance from the debates in Washington — “distance enough to keep our work honest, distance not too large to make our work irrelevant,” as Secretary Baker has said.

Our areas of study largely stem from comparative advantages in geography or expertise. Baker Hall is now home to six centers —  including the Center for Energy Studies, the Center for the U.S. and Mexico and the Center for Health and Biosciences — and seven programs, including Presidential Elections and Space Policy.

Browse the site for our experts’ analyses and policy recommendations, which are searchable in an extensive online library and featured by center/program or general topic area.

Each year, the Baker Institute hosts more than 125 events and conferences on a wide range of foreign and domestic policy issues. Attendance is often free and open to the public, although registration is required. Most in-person events have resumed at the Baker Institute, with the option to attend via Zoom. If you miss an event, head to our YouTube channel for the full video. For upcoming programming, click through to the Events page!

The Baker Institute depends almost entirely on donors to support its research programs, events and operations. Your support helps us maximize the institute’s impact on research, education, outreach and service — whether you are a friend of the Baker Institute, have learned from its webinars, are a graduate of Rice or on its faculty or staff. Click here to learn more.

The founding of the Baker Institute in 1993 represented the culmination of a long-standing relationship between the Baker family and Rice University. James A. Baker’s grandfather and namesake was the first chair of the Rice Board of Trustees, a post he held from 1891 to 1941. “Captain” Baker, as he was called, was also instrumental in saving the university’s endowment after a valet murdered its benefactor, William Marsh Rice, in his sleep.

Decades later, Rice would offer to create a policy think tank named after Secretary Baker, who for 12 years was one of the most powerful non-elected officials in Washington. He served as President Ronald Reagan’s chief of staff and later as his secretary of the treasury, and four years as secretary of state under President George H.W. Bush. At Rice, Baker envisioned a public policy institute where “statesmen and scholars work in an atmosphere of intellectual excellence and strict nonpartisanship to develop fresh, informed approaches to policy,” while students gain valuable experience by assisting in research and participating in the dialogue, going on to be better scholars and leaders as a result. 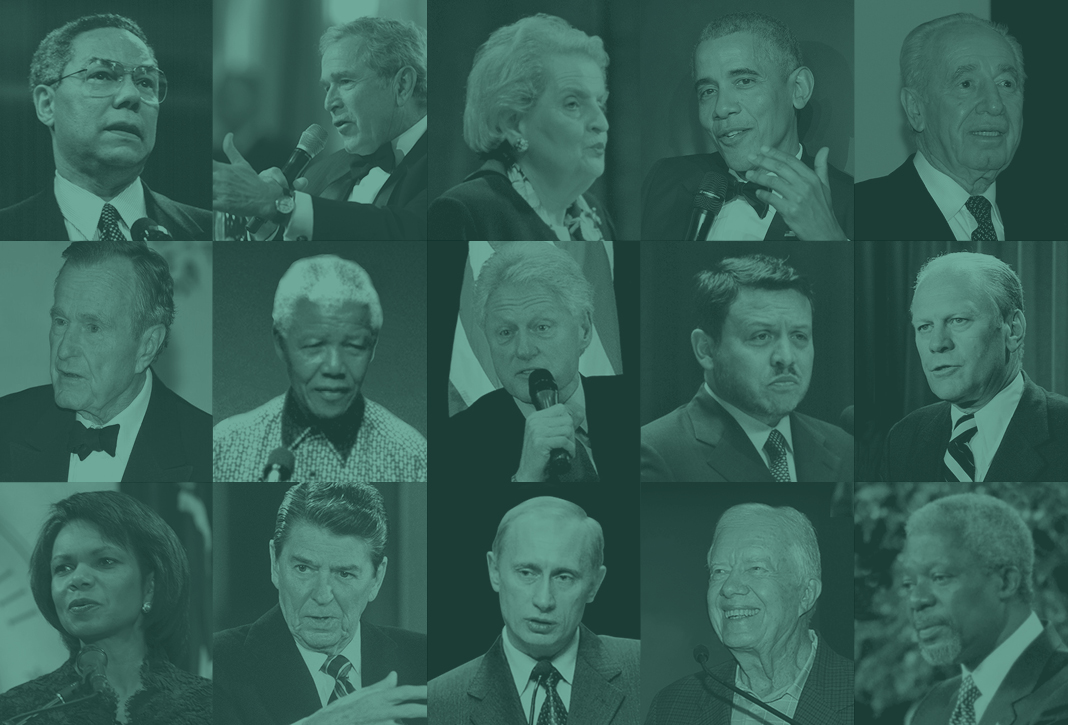 The Baker Institute quickly became a leading voice in the nation’s policy deliberations — ranking No. 1 among the world’s top university think tanks under the leadership of founding director Ambassador Edward P. Djerejian. The institute is now led by Ambassador David M. Satterfield, who has more than four decades of diplomatic and leadership experience.

More than 200 Baker Institute fellows, scholars and researchers study a wide range of foreign and domestic policy issues; our Center for Energy Studies consistently ranks as the world’s leading energy think tank. And students, the next generation of decision-makers, are enriched by internships in Houston, Washington, D.C., and beyond.

While the institute has come far since the groundbreaking ceremony for the stately building that is now Baker Hall, its commitment to independence, accuracy and civility remains unchanged. “We will continue to seek new opportunities to make a difference in guiding policymaking and political dialogue through trustworthy research,” Secretary Baker said.