The Next Three Decades: Energy in India's Transformation

India's growth over the next three decades will require a transformation of its energy system in the face of enormous global uncertainty related to energy supplies, prices and technologies. At this event, Suman Bery, former chief economist for Shell, placed India’s recent energy policy initiatives in the context of the larger forces shaping the country’s energy policy. His presentation drew on his joint work with leading Delhi energy research institutions.

This event was sponsored by the Baker Institute Center for Energy Studies. Follow @BakerInstitute on Twitter and join the conversation online with #BakerEnergy. 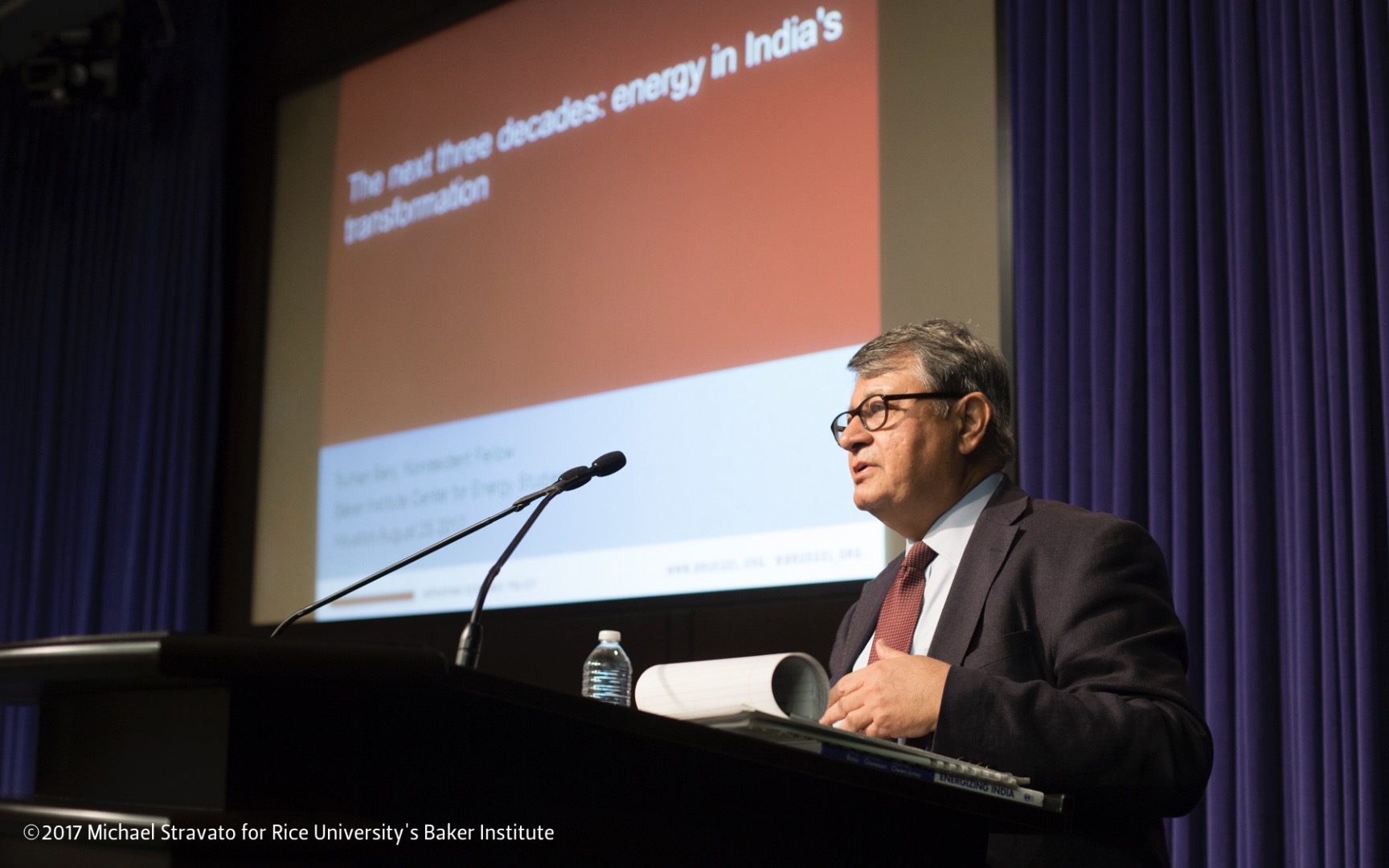 Suman Bery was Shell’s chief economist based in The Hague, Netherlands, until 2016. He is currently a nonresident fellow for Brussels-based think tank Bruegel, as well as a senior fellow at the Mastercard Center for Inclusive Growth. Bery previously served as director general of the National Council of Applied Economic Research (NCAER), one of India's leading independent nonprofit policy research institutions. He was also a member of the Economic Advisory Council to the Prime Minister of India, India’s Statistical Commission and the Reserve Bank of India’s Technical Advisory Committee on Monetary Policy. Prior to his appointment at NCAER, Bery served as lead economist for Latin America at the World Bank in Washington, D.C. During India’s economic reforms of 1992–1994, he held the position of special consultant to the Reserve Bank of India, based in Mumbai.

Bery recently co-authored “Energizing India: Towards a Resilient and Equitable Energy System” (Sage Publishing, 2017), a book exploring the role of the energy sector in India's development. In addition, he has published work on the political economy of reform, the financial sector and banking reform, and energy trends and policy; he also contributed a monthly column to the Indian newspaper Business Standard for more than a decade. Bery received his bachelor’s degree from Oxford University and a master’s degree in public affairs from Princeton University.