This year, the Baker Institute is proud to celebrate its 20th anniversary. In that short time, we have become recognized as a top U.S. think tank and one of the best university-based think tanks in the world. To celebrate this milestone, the institute will host a number of special events, highlighted by a gala celebration on Nov. 8 featuring a conversation with former President George W. Bush on "Addressing the Challenges of the 21st Century."

The evening will also include the presentation of the James A. Baker III Prize for Excellence in Leadership to the Honorable Hushang Ansary for his many years of distinguished public service. Ansary and his wife, Shahla, will additionally be recognized as our 20th anniversary chairs. We greatly appreciate their support of the institute during this important year.

The event will culminate with remarks from the Honorable James A. Baker, III, and Rice University President David Leebron that lead to a talk with President Bush moderated by founding director Ambassador Edward P. Djerejian.

The 20th anniversary gala co-chairs and the Baker Institute invite you to join us for an extraordinary evening. Tickets start at $1,500 per person and may be purchased by phone at 713.348.2136 or by mail.

Reserve your tickets or tables.

For more information, please contact Christene Kimmel, Director of Development, Center for Energy Studies and Special Projects, at 713.348.2136 or ckimmel@rice.edu.

Special thanks to our 20th Anniversary Gala co-chairs

Complimentary valet parking will be provided. Please follow the instructions below. 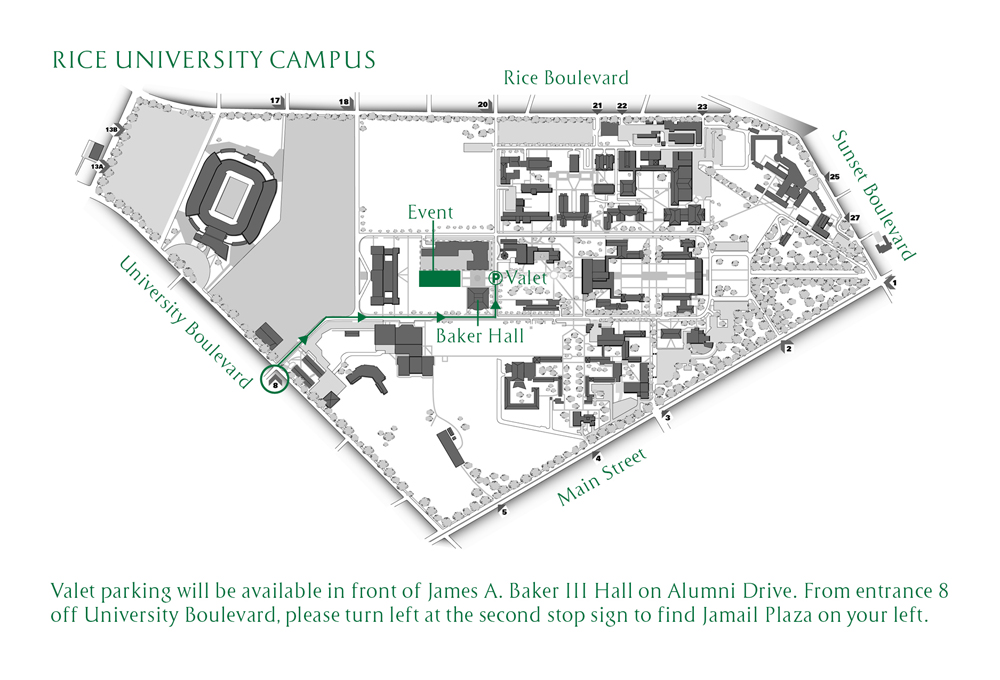