A Tribute to Nelson Mandela

The James A. Baker III Institute for Public Policy mourns the loss of Nelson Mandela, a great leader and humanitarian wholly committed to the creation of a multiracial, democratic South Africa.

“Nelson Mandela is one of those rare historical figures who successfully navigated the course from being a revolutionary leader to being a national statesman,” said honorary chair James A. Baker, III, while introducing Mr. Mandela to a Rice University audience in 1999.

“During my years in public life, I had the opportunity of meeting any number of world leaders, but none, and I repeat none, is more deserving of the appellation 'great’ than is Nelson Mandela.”

View the Baker Institute's video tribute to Nelson Mandela below. 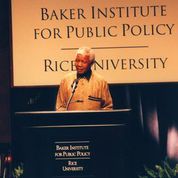 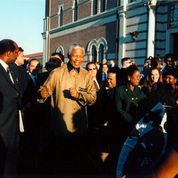 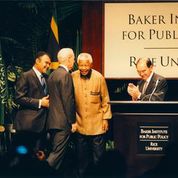 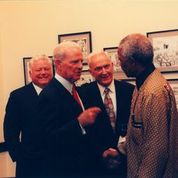 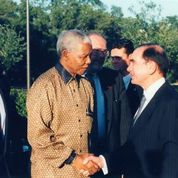 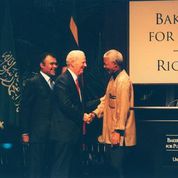 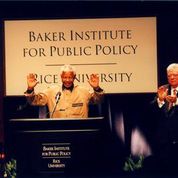 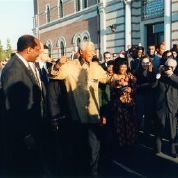 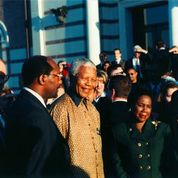